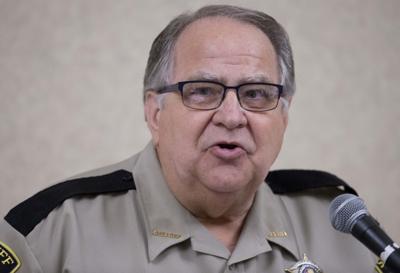 FLORENCE — Lauderdale County Sheriff Rick Singleton said when a deputy goes on a call, unless someone has been to the residence before, they don’t know about the dramatics of what is going on.

“They don’t know if there are weapons in the house, there is a history of domestic violence, or anger issues or what,” the sheriff said. “Unless deputies have been to a particular residence before and remember something about it, they’re going in blind.”

Singleton said that is all about to change when the county incorporates Spillman Technologies into the Sheriff’s Department computer system.

Lauderdale 911 dispatchers, which is under Grabryan’s direction, provide all radio communications for the Sheriff’s Department.

Singleton included new Spillman technology in his 2018 budget. The commission is expected to approve a contract Monday to have the new system installed.

“It’s looking like it will be late spring or early summer before we get it installed and going online,” Singleton said. “The problem is, there are so many different agencies going to this system, we’ve got to get in line.”

He said the cost of the system, which includes installation and training, is around $200,000.

Grabryan said the system will allow deputies to be able to get complete backgrounds and history on individuals while in the field.

“They can connect to other agencies with Spillmann so they can check involvements on someone in south Alabama,” Grabryan said. “It will allow them to check local records as well as pull up mapping to locations in the region.”

He said the detention center uses Spillman as well as Florence, and all agencies in Colbert County. “And Huntsville and Madison are looking at going to it.”

Deputies will be able to fill out reports from their cars and submit them to supervisors.

“They have to come into the courthouse now to submit the reports. This is going to be much more efficient,” Holmes said. “It will keep deputies on the road more.”